Retreat Ice-Breakers For Any Age 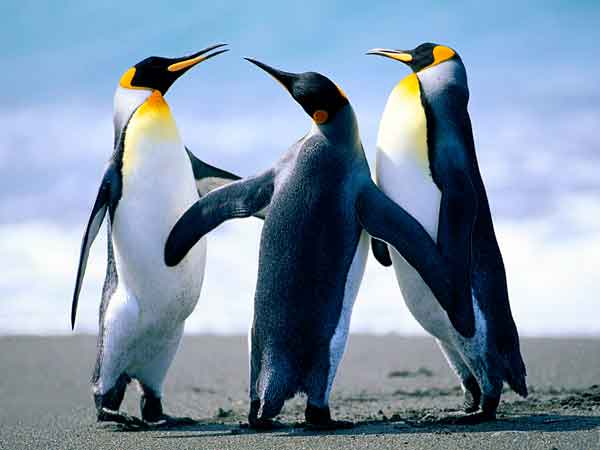 These crowdbreakers are suitable for any age group. It is necessary, however, that the leader be enthusiastic. It is surprising how even elderly people become crazy during these events, so don’t be afraid to try new things.

HUMAN BINGO: This is good for any size group. Using a chart with different categories on it, people must find others who fit that category and must have them sign the sheet by the description. It is good to adapt the sheet to each group. If you have a larger group, it is better to use general categories. It the group is smaller and composed of those that are familiar with each other, it is good to include descriptions unique to those people; i.e., “mother’s name is Helga”. Winner can be by either who covers most of their sheet or who gets two bingos.

TOILET PAPER PULL: Have someone who many people in the group know take a roll of toilet paper and walk around the room inviting everyone to take as many sheets of tissue as they think they will need for the retreat. Say something about a shortage of toilet paper for the weekend. When everyone has taken some sheets, announce that they must now tell one thing about themselves for every sheet they have taken.

MOVING PEOPLE: Everyone must sit in a circle. The leader has a list of forty to fifty descriptive sentences like those listed below. Each person who fits the description must move one chair to the right either onto the next chair or the next person. People will begin to pile up. The game continues until someone reaches his starting point.
1. Everyone with brown hair
2. Everyone who likes spinach
3. Everyone who has ever ridden a horse
4. Everyone who wears boxer shorts
5. Everyone who likes the Beatles
6. Everyone who…

BABY PICTURE GUESS: Before the retreat, contact relatives of those going to the retreat and arrange to have them give you a baby picture. Then at the retreat, have a poster showing all of the pictures. Give each person a slip to guess who is who. The one who guesses the most correctly is the winner.

HUMAN SCRABBLE: After dividing people into two or three teams, give each person a letter to be hung around their neck. Their letters should spell a word. At a signal, have each team scramble to spell their word standing in a line. The team to do this first is the winner.

CREATIVE CAPTION: Have each person look at a picture and make up their own caption to it. When everyone is finished, have them listen to all the captions and vote on the funniest one.

WAMPUM: With everyone sitting in a circle, have one person sit on a chair in the middle. This person is given a rolled up newspaper. Have everyone go around and give their names. The game then begins by someone calling another person and that person responding by calling another person before the person in middle with the newspaper hits him. If he did get hit before he called anyone, then he automatically becomes the middle hitter. The trick comes in this, however — that when someone does get out of the middle by hitting someone before they were able to respond, he must call someone BEFORE HE SITS DOWN. If he sits down before calling someone else, the person in the middle can hit him and make him once again the hitter.

CONFUSION: Let everyone but one person have a chair in a circle. The person without starts the game by saying something applicable to himself and others in the group, like “everyone with blue eyes.” At that point, everyone with blue eyes scatters to another seat, leaving all but one person sitting again. That person must then say another description and try to regain his seat. A rule is that everyone who fits the categories must move at least five seats away from the one he was just sitting in.

SITUATION GAME: Have everyone sit in a circle. Then have them whisper who they are in the person’s ear to the right of them. These should be wild answers like: Bugs Bunny, President Reagan, etc. Then have them tell where they are to the person on their left. Again, this should be a creative answer like: on top of Mt. Everest, in the bathtub, etc. Have everyone mix and find new seats, then telling the person on the right what they are wearing (boxer shorts, a new toupee). Then to the person on their left, they should tell what they are doing. They then tell everyone the things that other people told them. For example, “My name is Mickey Mouse. I’m wearing army fatigues. I’m in the bathroom doing pull-ups” could be a response.

NITWIT NAMES: With everyone sitting in a circle, have one person start by giving his name plus an adjective that begins with the first letter of his name. Some examples include: Terrible Tammy, Dummy Dave, Bitter Becky. The game continues by going around and each person giving his own crazy name, plus all of the people’s names that have gone before him!!! The last person must recite the names of everybody.

LETTER SCRAMBLE: Before the meeting starts, tape different letters to the bottoms of people’s chairs. When the group sits down, have everybody get their letter and then try to find others to form the word. The first group to form their word can get a prize corresponding to the word they formed. For example, “Certs” could be given to those who formed “Halitosis”.

QUICK CHANGE ARTISTS: Pair off into partners facing each other. Each player observes his or her partner’s appearance. Then the players turn around back to back and make two or more changes in their dress, hair, accessories, etc. When they face each other again, each partner must identify the changes made by his or her partner. Repeat the game several times by changing partners and increasing the number of changes made. (From Group’s Crowdbreakers and Great Games for Youth Groups) This is a good lesson for Junior High age in that people don’t watch them as much or as scrupulously that they may think.

BIRTHDAY YELL: Have each of the groups assigned a certain saying or action and at a determined starting time, yell and separate into groups.
January: Shout, “Happy New Year!”
February: Say, “Be My Valentine.”
March: Blow (like the wind).
April: Hop (like a bunny).
May: Say, “Mother, may I?”
June: Say, “Will you marry me?
July: Make fireworks sounds.
August: Sing, “Take me out to the ball game.”
September: Fall down.
October: Shout, “Boo!”
November: Say, “Gobble, gobble.”
December: Say, “Ho, ho, ho, Merry Christmas!!” in your best Santa Claus voice.
This is a good transitional mixer to get into smaller groups. Some possible variations are: lights off, eyes closed.

Of the crowd breakers listed above, some were adapted from Ideas Books by Youth Specialties, Inc.